Officiating In Perspective with Barry Mano

The Son Has a Father

The Son Has a Father Last month’s issue carried a deep-dive feature story about former NBA referee Ron Garretson (See the full story at referee.com/garretson). Ron had a very fine career in the league, including numerous playoff and Finals assignments. When Ron was on a game, there was no mistaking Ron was on the game. For a man with short stature, he walked tall, and he refereed tall. I enjoyed watching him when I could. 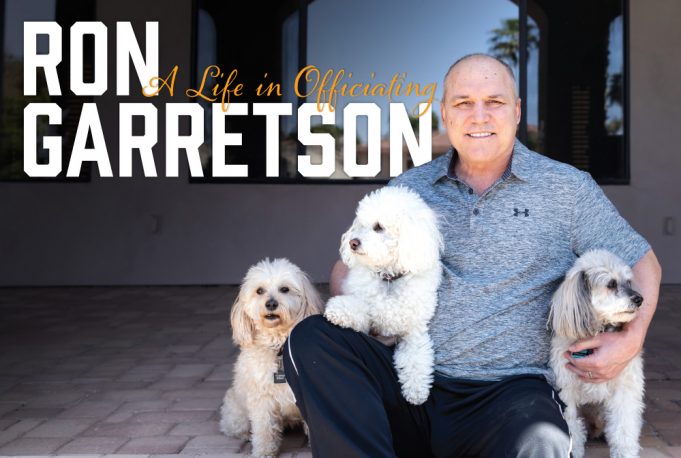 Ron Garretson: A Life in Officiating

Yet to me, the story within the story had to do with how we got the story. Some history is needed here. For many years, Ron turned me down cold every time I asked him to participate with us in creating a feature. He had zero interest. Finally, after quite a few annual nudges, I was able to convince Ron that a piece on his career belonged to the readers of this magazine. The last time we met was at the downtown Marriott hotel in Milwaukee. We met over coffee one mid-afternoon. It was during that coffee klatch I sensed a softening by Ron for the first time. Over the ensuing months, via phone, the two of us came to an understanding that then allowed our editorial team to step onto the path that led to the story.

View the Officiating In Perspective Video Archive on YouTube